One of the most anticipated heavyweight tilts of the year was called off today as Britain’s David Haye revealed he had been injured in his final training session for his scheduled September 28 fight with Anglo-Irish behemoth Tyson Fury.

“Hayemaker Boxing regret to inform that David Haye has been forced to postpone his September 28 bout with Tyson Fury due to a deep cut suffered during the final spar of training camp,” reads the fighter’s statement.

“The cut above his left eyebrow occurred in round two of sparring on Friday night (September 19) and required six stitches by a plastic surgeon at St. Thomas’ hospital. Because of the gravity of the cut, these stitches will now remain in place for five to seven days.

“Unfortunately, after being properly assessed, Haye was left with no choice but to postpone his fight with Fury, scheduled for next Saturday night in Manchester. He is currently waiting on further medical assessment to determine the extent of the postponement.” 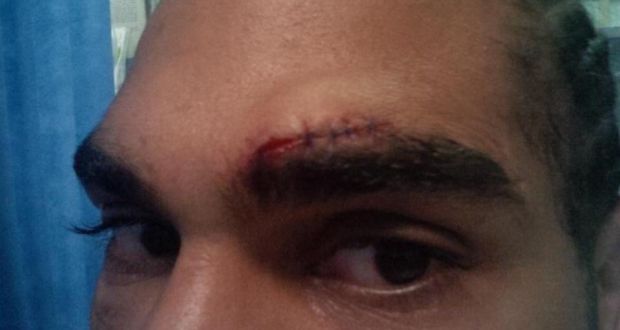 Whether the fight will be rescheduled, or whether Fury will move on to top challenger Kubrat Pulev of Bulgaria, is yet to be decided. Other options for Fury could be Dereck Chisora (if he wins his fight today with Edmund Gerber) or David Price.

Fury is convinced that Haye, who has cancelled fights in the past, chickened out as the time for the fight drew closer.

“Sorry for every1 who bought tickets & hotels. Haye excuses r boring. He don’t want to fight me!” said Fury on his Twitter page.